Folder Structures of the FAUbox

Folder Structures of the FAUbox

The folder structure of the FAUbox is organized as follows:

Basefolder
Once the FAUbox client is installed on your device, a FAUbox basefolder (z.B. C:\Users\<Username>\FAUbox) will be created. This basefolder is named “FAUbox” and contains every folder and file that is synchronized by the client.

Toplevel Folder
Every folder which is directly located beneath the FAUbox basefolder is called a toplevel folder. Toplevel folders are special because the permission and rights of the top-level folder applies to every subfolder and file it contains.

We do not recommend the moving of top-level folders because of the folder structure !!! 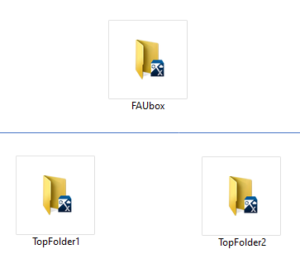 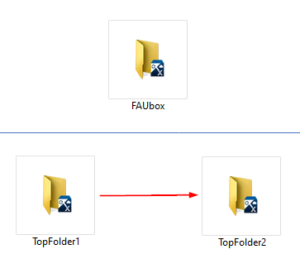 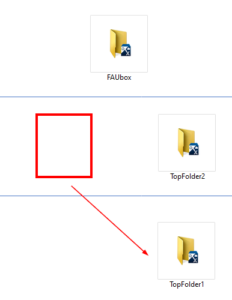 The client assumes that TopFolder1 was deleted, therefore its synchronization will be stopped and the folder appears grayed out. 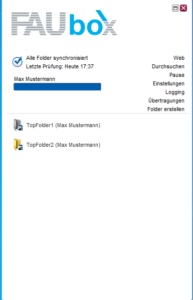 Meanwhile, the former TopFolder1 is located in its new path and will be synchronized as a subfolder in TopFolder2. If you synchronize the gray appearing folder or reinstall or update the client now, then the FAUbox client notices that a folder exists which has not been synchronized yet. It will then start to synchronize the folder and the folder will be once again set up as a top-level folder. 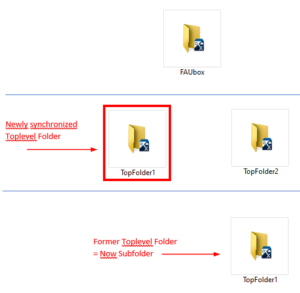 Please note!
Since both folders are copies of the same former top-level folder, they will contain the same content in the beginning. But they are different folders whose content will be synchronized separately.